London, 15th April 2015 - The world of football and Forex have merged even further as ICM Capital, a global leader in online foreign exchange, commodity and CFD trading, announces its sponsorship of professional footballer Danny Collins from Nottingham Forest Football Club (NFFC). The internationally recognized central defender has been with NFFC since July 2012.

Shoaib Abedi, Director and co-founder at ICM Capital said: “We have taken things to a new level. I believe that this sponsorship expresses new levels of excellence in both fields and strengthens our already tight partnership with the Nottingham Forest football club. Danny is a really strong defender and we’re proud to have our name associated with him. This is the shape of things to come for both firms.”

The Forest team which was founded in 1865, currently owned by Kuwaiti chairman Fawaz Al Hasawi, will be celebrating its 150th anniversary next season, demonstrating a rich history which ICM Capital is proud to be part of.

In line with the official partnership between the two globally recognized firms ICM Capital met with Collins in an exclusive event at The City Ground, the home of Nottingham Forest football club. During the visit James Roddy, Business Development Manager at ICM Capital, received a signed action shot as well as a match worn shirt to mark the occasion. ICM Capital’s logo is linked to the player profile page of Nottingham Forest website, is on the Kit Sponsors page of every home match programme and is featured on the Big Screens at every home game next to the sponsored player.

In line with the Exclusive Forex Partnership ICM Capital’s logo appears on every player’s shirt, under each player’s name, for all the home, away and third shirts for the duration of the 2014/15 season.

ICM Capital Limited, headquartered in London (UK), has quickly grown in recent years; enlarging its reach in Europe, Middle East, North Africa and Asia; with offices spread around the globe. Among other categories the company has been awarded for its excellence in providing the best execution, customer service, and rebates for its traders. 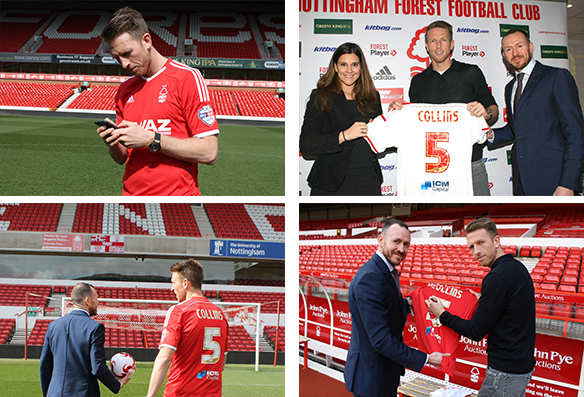 ICM Access Mail Call
CFDs and Spot FX are complex instruments and come with a high risk of losing money rapidly due to leverage. 78.35% of retail investor accounts lose money when trading CFDs with this provider. You should consider whether you understand how CFDs and Spot FX work, and whether you can afford to take the high risk of losing your money. Read More
Read More