London, 9th March 2015: ICM Capital has announced its exclusive FX Trading Partnership with Nottingham Forest F.C., which will run until the end of the current season, 2014-2015. ICM Capital is one of the fastest growing global providers of Forex, Commodities and CFD trading.

The sponsorship includes branding on the back of the shirts and extensive branding in the stadium; starting at Forest’s match vs. Middlesbrough on 7th March 2015.

Mr Shoaib Abedi, Director and co-founder of ICM Capital, added: “We are excited to step into the football industry with a prestigious club such as Nottingham Forest, which has such a tremendous history. As football is the most watched sport in the world, we took advantage of an opportunity to become partner of one of the best teams in England. We are very excited about the global exposure that will enhance our ever increasing international presence; and we look forward to supporting The Reds to achieve their aims.”

Mr Fawaz Al Hasawi (part of the Kuwaiti Al-Hasawi family), the club’s owner and Chairman since 2012, added: “Nottingham Forest continues to work with strategic partners who share the club’s principles both on and off the pitch. As such, we are delighted to attract a company that has grown exponentially in the last years and become a leader in its field. We look forward to a developing a long and mutually beneficial partnership.”

ICM Capital Limited, headquartered in London (UK), has quickly grown in recent years; enlarging its reach in Europe, Middle East, North Africa and Asia; with offices spread around the globe. Among other categories the company has been awarded for its excellence in providing the best execution, customer service, and rebates for its traders.

ICM Capital Limited is a company registered in England and Wales, registered number: 07101360. 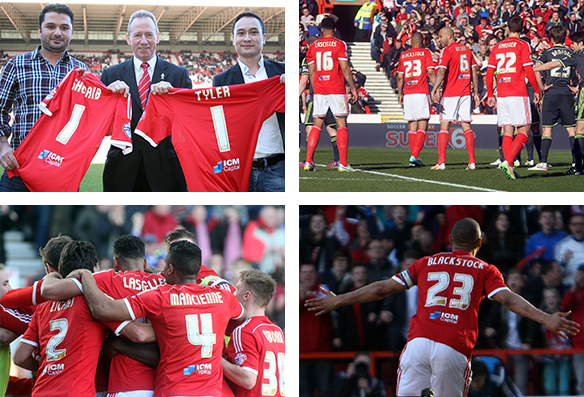