There are many features to trading spot foreign exchange and here is where you can read all about them. Since the forex market is operating worldwide, trading is continuous as long as there is a market open somewhere in the world.

Further features include: tight spreads, trading with no commission, leverage, trading 24 hours a day and profit potential regardless of market direction. 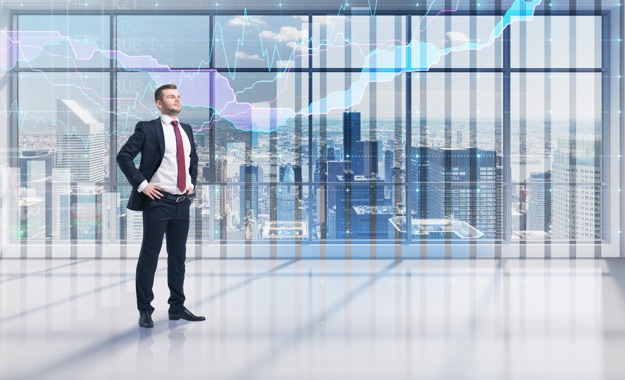 ICM Capital has tight spreads as low as 1.6 pips on EUR/USD and 40 cents on Gold as well as various account classifications with different leverages from 1:2 to 1:30. When placing your trades the spreads should be viewed as the cost of trading. Tight spreads such as the ones ICM Capital offer mean you are being charged less for each trade.

Because of the high-trading volume in the Forex market you can benefit from high liquidity, tighter spreads, better fills on your orders and less slippage. Slippage is where you click on a market price yet get another price by the time your order can be completed. The more volume at each price level, the better those fills become. Therefore, the forex market offers the least slippage of any market.

On top of better fills, the spreads are less, which means your costs are less and you can potentially get into profitability sooner due to that.

Forex market costs are usually worked out on the bid-ask spread. ICM Capital charges no commission and is compensated through a mark-up which is added to the spread it receives from its liquidity provider. In addition, at ICM Capital we have no exchange fees and no clearing fees.

Another advantage in the forex market is the leverage that is offered. When trading forex at ICM Capital we allow you to trade with a leverage of 1:2, 1:5, 1:10, 1:20 and 1:30 on your initial margin deposit. This means for example that with 1:30 for a margin deposit of $1,000, you can control $30,000 worth of currency or with 1:20, $1,000 can control $20,000. Appropriate use of risk management is important when trading forex as a high degree of leverage can lead to large losses as well as large gains.

The forex market can be traded anytime 24 hours a day (Sunday evening through Friday evening). So instead of having to trade during normal business hours you can trade at a time that suits you. It doesn’t matter where in the world you are, you can always trade forex and more trading hours means more trading opportunities. The trading platform can also be downloaded onto devices such as the iPhone, iPad and Android phones which allows for even more convenience and flexibility.

Profit Potential Regardless of Market Direction

In forex, you can sell (short) just as easily as you can buy (go long). What's more, in currencies, you are always going long one currency in the pair and subsequently short the other.

Benefits of trading with fractional pips

The below instrument quote an extra decimal for our clients to take advantage of the fraction of a pip. These changes should benefit clients trading experience with fully transparent and automated trading conditions.

In the past a 1 pip move (number sitting the furthest to the right of the decimal point) was the smallest price change that a pip could make. Without fractional pip pricing, the buy price is rounded up to the nearest pip, and the sell price is rounded down. For example if the Euro is trading at 1.2254 a move to 1.2255 would be a 1 pip increase in the quote and a move to 1.2253 would be a 1 pip decrease.

1. Will my charts be affected by the introduction of the fraction of a pip?

Yes, you should close existing charts on your MT4 and open new ones when working with fractional pips. Any lines or indicators in use should be removed and re-drawn.

2. Will my open positions be affected?

3. Who can I contact with questions concerning fractional pip trading?

Please do not hesitate to get in touch with any questions; our international highly-experienced customer service team are always here to help. Email on: clientservices@ICMCapital.co.uk or telephone: +44 207 634 9770.

ICM Access Mail Call
CFDs and Spot FX are complex instruments and come with a high risk of losing money rapidly due to leverage. 71.31% of retail investor accounts lose money when trading CFDs with this provider. You should consider whether you understand how CFDs and Spot FX work, and whether you can afford to take the high risk of losing your money. Read More
Read More